An African hunting safari is not going to appeal to the nature conservationist and that’s no surprise. Hunting safaris in Africa are a very real thing but the good news is, in most cases, people shoot cameras instead of guns.

Let’s not be blinded by the fact that animal trophies are still sought after and this is a lucrative business for some operators. Until the sport is completely outlawed, jumping up and down about animals being hunted for trophy gain may not get too much attention.

Many species are completely protected against game hunters and are off limits to any danger yet there are also many which are not. There are no shortage though of hunting safari destinations.

You have the choice of a South African safari that has a very spectacular landscape that is much appreciated all across the world. The plateaus of Zimbabwe and its intertwined hills and valleys provide hunters with good gaming opportunities.

There is also Botswana with scrubby savannahs and sandy basins as well as the great Kalahari Desert to provide varied game. Then there is one of Africa’s final frontiers in Tanzania which has the Rift Valley as well as vast plains that add a different dimension to the African hunting safari.

Zambia is another destination which should be high on your list with it’s flat landscapes and mighty valleys. 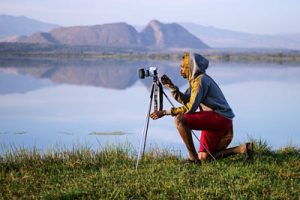 In the 21st century hunting for trophies probably doesn’t strike the same chord it did 100 years ago. While shooting at animals, who are basically trying to mind their own business and survive natural predators let alone sport hunters may still appeal to some, the shift to shooting of a different kind is slowly taking over.

Photography in the African wilderness is big business and there is no doubt capturing an animal in all it’s glory on film has surely got to be the best trophy of all on an African hunting safari.