Lion Safari In Africa – Why You Should Consider A Lion Safari

There is no doubt when it comes to an African safari, it’s the fauna which has the most appeal. This is in no way down-playing the popularity and mystique of African culture but to the western world, the animals and the flora is what Africa is really all about. 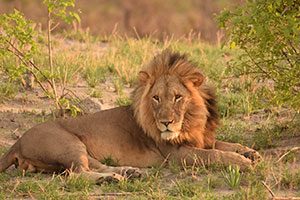 What animal engenders the most interest and excitement. Well, the king of the jungle of course, the African lion. A lion safari in Africa is an experience you’ll never forget and if you are particularly handy with the camera, either stills or video then you will head back home with lasting memories.

Visiting your local zoo and seeing the lions just lazing about in their enclosures is really not that far from the truth. The big cats are generally inactive most of the time and only really exercise their muscles when it’s time for a feed.

Seeing them in in full cry during a hunt is probably not for the squeamish but if you’re a fauna purist and accept that in nature there are those who rule over others and survival means the weak are usually consumed by the strong, then watching a group of lions stalk and claim their prey can send shivers running up your spine.

A lion safari in Africa can take place in any one of a number of countries from South Africa to Botswana to Tanzania and Kenya. Areas such as the Kruger National Park in South Africa or Botswana’s Okavango Delta, the Serengeti in Tanzania or Kenya’s Masai Mara; lions still roam despite their dwindling numbers.

A lion safari in Africa means hiring experienced guides who know the intricacies of these unpredictable beasts. Going alone is ill-advised because unless you know the lion’s personality, you’ll leave yourself extremely vulnerable.

One of the best times to see the African lion in full voice is during the annual migration of the wildebeest and other animals across the Serengeti plains. The lions are among those who appreciate this time of the year simply because their food source is in great abundance.