The Adventure of an African Hunting Safari

Many people love the idea of going on an African hunting safari and feeling the cool African air as they cruise through the jungle. The thought of it is enough to create vacation dreams for many North Americans, yet translating those dreams to reality can be a little bit complicated. Regardless, that does not stop people from dreaming away about riding on the back of an elephant and enjoying the company of some locals before watching a lion chomp down on its prey. The adventure and majesty of Africa certainly comes alive during a wonderful safari trip. 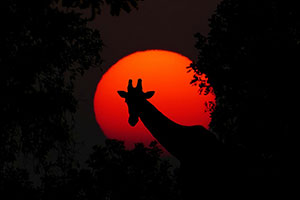 The term “safari” simply refers to an overland journey. This term has been used to typically refer to visitors in Africa, although it has no actual geographical connotation. There is also a certain thematic element attached to the term, drawing upon visions of khaki clothing and a certain type of hat. Regardless of the stereotypical connotations of the term “safari”, the term still calls upon some adventurous notions that many people desire to discover for themselves.

The original term was a reference to the early big game hunters that frequented African. Men, typically of European descent, would head to Africa to bask in its glory and to partake in the lay of the land. During this trip, the men would gather in hunting parties and hunt down various rare animals. They would take trophies for themselves and display them on walls back home, as was the custom. It became a variable rite of passage for many men in the higher echelon of European culture, maintaining a status grip over those people for quite a few years before hunting became unfashionable.

These times often represent a brutal passage of time in the history of Africa. The notion was that Africa was a piece of property that belonged to Europe and, therefore, the animals on it also belonged to Europe. The historical significance of these safaris often carried deep-seeded notions of control and power to the extent of slavery over the continent, enabling Europeans to virtually rape and pillage the land at their leisure. To this day, that history plagues many Africans. 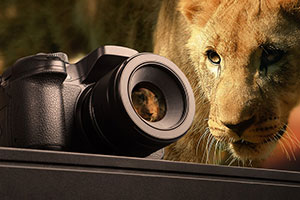 Now, the term “safari” refers to taking a photo safari. Instead of shooting animals with bullets and keeping the heads mounted on the hearth, people are taking pictures and putting together various photo displays of the magical animals they have seen while on safari in the beautiful continent. These photo safaris are becoming incredibly popular with people of all ages that wish to have the experience of a lifetime taking in the wilderness and grandeur of the incredible continent of Africa.

Safari parks are rather common in North America to draw upon the distinction of the African safari. This is a zoo-like tourist attraction that creates an environment where people can observe all sorts of exotic animals from a safe vantage point. The safari park is usually walked through or ridden through in a vehicle that would be driven by a guide. The guide describes the animals that are seen and offers a historical context for the park, giving tourists and guests a complete tour of the park and engaging them in knowledgeable conversation.

The game reserves in Africa tend to be a lot larger than a safari park, though. For this reason, most people still wish to head to Africa to see the magic of nature for themselves in as natural a setting as possible. Within the confines of a game reserve or a safari park, people are engaged with the pure wonder of seeing such incredible animals such as the lion or giraffe. As long as such areas are able to protect some of these animals, people will be able to participate in photo safaris for many years to come. The love of animals, exotic and domestic, may well be the greatest ally to the protection of various species threatened with extinction.