What’s in season in South Africa?

South Africans live from season to season, eating what the earth gives them. A variation in latitude and height above sea level as well as the effect of ocean currents causes a great variety of climatic conditions throughout the country. There are three main rainfall-regions, divided into a winter rainfall in the south western part of the country including the Western Cape, rain all year round along the southern coastal belt and a summer rainfall in the rest of the country.

Rainfall varies between around 125 mm per year along the arid western coast and 1 000 mm a year on the eastern coast. Rainfall is irregular with less than 10% of the country receiving around 750 mm of rain per year. The other 90% receive less than this. The summers in South Africa are very hot with mostly cloudless days, but in the winter, only a few areas are frost-free. 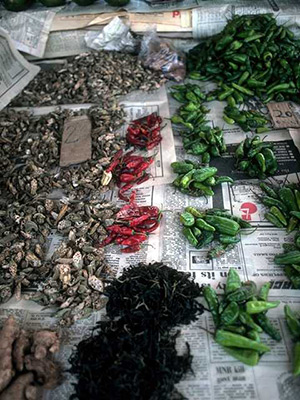 So when can you expect to buy certain fruits? Don’t be caught out, just take a look at which fruit is in season during the year. Nectarines and plums can be bought from November through to April, while you can enjoy Apricots and Litchis between November and February. Other fruits you can enjoy during the summer months include peaches from October to February, grapes during the months of December to May, melons between January and March and mangoes from December to April.

If you travel to South Africa during the colder months, you can sink your teeth into apples from March to September, oranges and grapefruit during the winter and spring months of April to November and grapefruit between April and September. If you are looking for something more sour, lemons is just the thing for you to get during the months of March to November. Easy peelers are available between April and September and my favourite, avocados, can be enjoyed from March to October of each year. Guavas can be bought in May while prickly pears are available during January and February.

Pears you find most of the year, with the season running from January to October, while pineapples grow in South Africa all year round. If you love cherries, make sure you keep your eyes open. If you close it for too long, you will miss it! Cherry season is a short 6 weeks, between the months of December and the beginning of January.

You can find pretty much most vegetables throughout the year. These include baby marrow, butternut squash, various types of pumpkin, green beans, various other beans, carrots, beetroot, broccoli, cauliflower, cassava, cabbage, cucumber, mushrooms, onions, potatoes, sweet potatoes, peas, spinach, sweet peppers, tomatoes, lettuce, mealies (white mealies and sweet corn, which is yellow) and many more. Potatoes are grown all over the country, so when one part has a winter rainfall and the other a summer rainfall, they transport the produce to the necessary area. Mealies are planted during November and harvested during the month of March. As this finishes, the sunflowers and wheat are planted.

Make sure you know which fruits are in season so you know what to look forward to when you travel. All fruit and vegetables are filled with fibre, vitamins and minerals, so make sure you eat lots and lots of it. Enjoy!