There are a lot of places to visit in Puerto Rico on your trip. Most people concentrate on the main attractions on the metropolitan area of the island, here we feature 5 nice places to visit out of the way, they are worth the driving and the experience, enjoy. 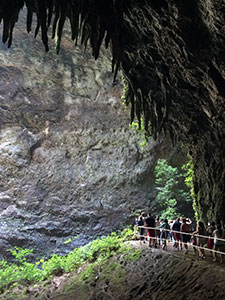 This national Park features on of the largest cave systems in the world. The caves are located in a 268 acre park that is very popular with tourists and locals alike. Visitors will walk into parts of the caves and explore a small part of the system. The surrounding areas feature some nature settings that make for very good views.

As you walk along the concrete path, watch out for all the stalactites hanging down. The walkway is wet, and in some parts slippery, so wear sneakers or shoes with good traction, and use the handrails as suggested.

The park only allows a certain number of visitors in a day. So it is best to get there before 10:30am. They don’t take reservations. Also, they close the caves if it is raining, because the river can cause flash floods. 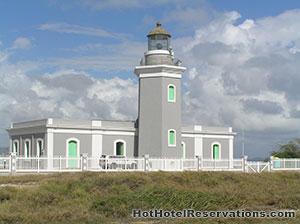 If you’re a fan of lighthouses, you won’t want to miss the Los Morrillos Lighthouse located at the southwestern tip of the island of Puerto Rico.  It was constructed in 1882 in order to guide passing ships through the southeast entrance from the Caribbean Sea through the treacherous Mona Passage into the Atlantic Ocean.

Perhaps even more impressive are the limestone cliffs this lighthouse is built upon. The cliffs surrounding the lighthouse drop over 200 feet into the ocean.  Just be careful not to walk too close to the edge, since there is no guard rail and you can see where pieces of the cliff have broken off over time.

Parking is located quite a distance from the lighthouse, so you might want to look for the free trolley that takes visitors from the parking area to the lighthouse. 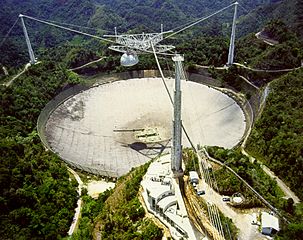 In the north part of Puerto Rico you can visit the famous radio telescope, the largest of this kind of the world. Its large receptor plate it’s larger than 12 football fields, used to spot signals from planets and in the SETI research for extraterrestrial life. It is part of the National Astronomy and Ionosphere Center (NAIC), which is operated by Cornell University under an agreement with the National Science Foundation, with additional support by Nasa.  Inside the Observatory there are science related exhibitions of different subjects to watch.

The Ponce Art Museum has the largest art collection of the Caribbean between pictures and sculptures. Its collection have many European works such as works by Velasquez, Rubens and Rodin, and others.