Things to See in Amsterdam

Amsterdam is perhaps one of the few cities in the world where the people, the streets and the atmosphere are an attraction in themselves. Amsterdam has its own charm that casts a spell when you see the 1200 odd bridges lighted up over 150 odd canals. The glory of Amsterdam charms you further when it emerges form the mist in the mornings. It is a city where marijuana and hashish are sold legally, and the worldly known Red Light District is just as much an attraction as a favorite hub for young men full of testosterone to go at night. 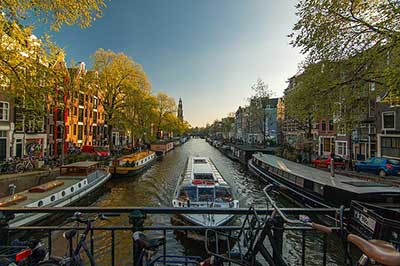 But, there is far much more to the city than drugs and prostitutes or sex. The city has long been considered as the “Venice of the North” because it was built on a cobweb of canals. You can see most of the city from a canal boat, and from there you’ll surely appreciate the unique architecture that Amsterdam has long been proud to offer. 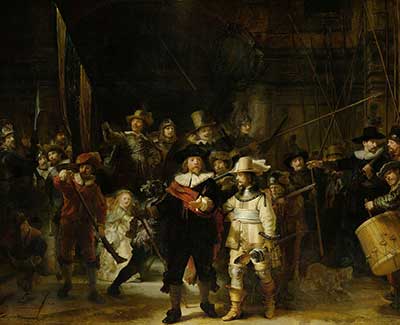 The Rijksmuseum possesses the largest and most important collection of classical Dutch art. The artist most associated with Amsterdam is Rembrandt, whose work, and the work of his pupils, is displayed in the Rijksmuseum. Rembrandt’s masterpiece the Nightwatch is one of top pieces of art of the museum. It also houses paintings from artists like Van der Helst, Vermeer, Frans Hals, Ferdinand Bol, Albert Cuijp, Van Ruysdael and Paulus Potter. Besides paintings the collection consists of a large variety of decorative art. This ranges from Delftware to giant dollhouses from the 17th century.

The Van Gogh museum is the most visited museum in Amsterdam where some of Van Gogh’s most famous paintings like the Aardappeleters and Zonnenbloemen are present in the collection.

Next to the Van Gogh museum stands the Stedelijk Museum, Amsterdam’s most important museum concerning modern art. The permanent collection consists of works of art from artists like Piet Mondriaan, Karel Appel, and Kasimir Malewitsj.

Amsterdam contains a lot more museums then just those on the Museum Square. These museums range from little ones, such as the Verzetsmuseum, the Anne Frank House, and the Rembrandthuis, to very large ones like the Tropenmuseum, Amsterdams Historisch Museum, and Joods Historisch Museum.

The Museum of the Resistance provides educational and historical information about the Holocaust. Artis Zoo is a family favorite as is the adjoining aquarium. Interactive exhibits at the Science and Technology Museum provide children and adults with hours of educational fun. Other highlights of Amsterdam are its Floating Flower Market, where the merchandise is displayed on barges, and the Diamond District. As one might guess, the nightlife in Amsterdam is truly amazing!

The number of restaurants operating in Amsterdam is continually increasing with multinational corporations such as Sony, IBM and Xerox choosing Amsterdam as their base for European operations. The restaurants in the city of Amsterdam offer great dining with international menus, giving diners an extensive choice of cosmopolitan culinary options. It is also interesting to know that local dishes are also served in the restaurants, and include stampot, a down to earth meal consisting of mashed potatoes with carrots, onions, bacon and smoked sausage. The poffertjes, small hot pancakes covered in powdered sugar are also delicate and sold by vendors at fairs or similar events.

You can find a high volume of restaurants as you stroll around the city of Amsterdam. Since Amsterdam is a multicultural city a lot of different ethnic restaurants can be found here. Restaurants range from being rather luxurious and expensive to being normal and affordable. Some of the best restaurants in the Netherlands are located in Amsterdam. You’ll see sandwich boards in front of the many restaurants advertising their daily specials and from a minute walk down the Damrak, the street facing Central Station, there are some neon lights saying “pizza”.

If you delver further into the city, you can find the Damstraat, the street on Dam Square, also peppered with eateries. Further down again towards Leidseplen, the Leidsekruisstraat and Leidsetraat have their good share of restaurants too. These streets are located in some of the city’s most touristy areas, so, if you wish to steer clear of such commercial centers, you’ll want to visit the Jordaan as some of the city’s coolest restaurants are found there.

The Amsterdam Red-Light District is one of the few places on earth where you can find authentic and really tasty Chinese food. The restaurants in this district are easy to find as cooked Duck is typically hung in the front window. There are also dozens of Malaysian, Indonesian and Thai restaurants and cafés scattered along the beautiful canals.

There are also fast food outlets all over Amsterdam where you can get pizzas, chips or kebabs. However, just be careful when asking for mayonnaise on your French fries for they will be completely drowned. Also, note that in Amsterdam, the restaurants will close earlier than you might expect as the Dutch tend to eat early in the evening.

In the city of Amsterdam, a service charge is generally included in restaurant prices and taxi fares. However, this tipping service is usual to round the total up to the nearest euro, including a 10 percent for good service. And, the room service and doormen in most of the Amsterdam hotels will generally expect a small tip for their services.