The summers are cool here but the winters are severe with some chances of snowfall. Rainfall can be expected in any month of the year. Dutch is the official language here. English, French and German are the other languages that are spoken, out of which English is widely spoken. In case of emergency call 112.

The handshake is the commonly practiced form of greeting. Although tipping is not mandatory, it’s better to pay in round figures in restaurants and taxis. A humble gift should be taken to the host’s house always when invited for a meal. Informal clothes are worn on a daily basis, but people are expected to turn up in formals at social functions and smart restaurants. 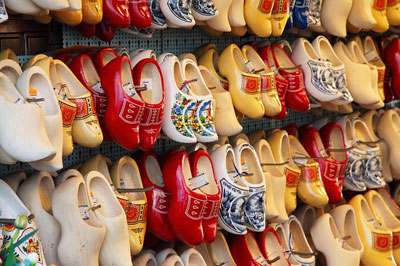 Pottery of Delft, Makkum and Workum is a must buy. Silverware from Schoonhoven, crystals from Leerdam and diamonds from Amsterdam are highly recommended.

Apenheul Primate Park is a place to visit which is a home to more than thirty species of mammals. It remains closed during the winter. De Hoge Veluwe is the oldest and largest park of Holland. Bicycles can be used to explore the 5,500 hectares of the park. Paleis Het Loo is a magnificent Palace surrounded by gardens and remains open year round except on public holidays. 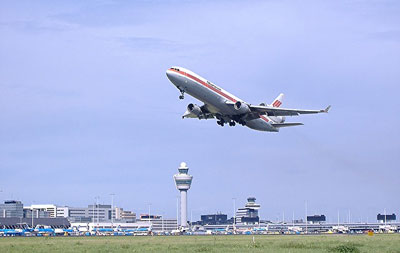 The national airline that operates in Holland is KLM-Royal Dutch Airlines. It connects to almost all the major cities of Europe, North America and Asia. Amsterdam Airport is the hub for many international and local flights. It is located at 15 km away from the city and it takes 20 minutes to reach there by train. The Airline, KLM, provides bus service every 15-30 minutes which takes passengers to some of the famous hotels of the city. Public buses can be availed too, to reach destination. Trains connect to Amsterdam’s Central Station and Zuid Station. Taxis take tourists to almost any location. The Airport features duty free shops, banks, showers, business center, baby rooms, and car hire.

Rotterdam airport and Eindhoven airport are 8km away from the city. Trains and buses operate every 15 minutes to transport passengers to their hotels. Facilities such as duty free shops, eateries, car rental, and internet can be availed at these airports. No departure tax is implemented on passengers at any of these airports.

The main sea ports are Hook of Holland, Vlissingen and Rotteradm. Stena Line, P&O ferries and DFDS seaways provide ferry service to get to Holland.

If traveling by railway, Eurostar provides the best service and connects to all the major cities of Europe. It provides high grade services. Good offers are provided on regular basis and to utilize them they should be monitored from time to time. Unused tickets are easily refunded. The Inter-Rail pass can be bought to avail the unlimited second class train travel within 29 European countries.

Top class road network connects Holland to majority of cities in Europe. They are well maintained and signs are posted every where for safe driving. 120kph is the speed limit while driving on highways. Many car dealing agents exist if opting for car-rental. Some of them are Avis, Europcar and Budget.

Cycling is also a major means of transportation in Holland and is part and parcel of daily life. Tourists can hire cycles from the airport or other service providers with some money-deposit.