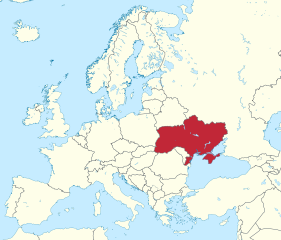 Ukraine which is located in Eastern Europe is one of the largest country in that region of Europe bordering Russia in the northeast, Belarus in the north, Poland, Slovakia and Hungary in the west, Romania and Moldova in the southwest and also Black Sea and Sea of Azov in the south. The strategic location of Ukraine between Asia and Europe made it a transportation hub in the region.

It is a popular tourist destination especially for tourists from Western Europe and North America. The main selling point is the rich historical character of the country with as many five hundred cities dating back as early as nine hundred years. Visitors are spellbound by the architectural beauty of Ukraine.

Kiev is the capital and the largest city of Ukraine where most travelers begin their journey.

Ukraine has a population of roughly 46.7 million and the official language is Ukrainian. The other languages spoken here are Russian, Romanian, Polish and Hungarian.

Ukrainians are warm hearted and welcoming people. Casual dressing is mostly worn here though it will be a good idea to wear smartly for theatres. Small gifts are appreciated. Tipping is not very common; service is usually included in fine restaurants and hotel bills.

By Air – The national airline of Ukraine is Ukrainian International Airlines. In collaboration with Aer Fi Group and Austrian Airline it links Kyiv to Amsterdam, Barcelona, Berlin, Brussels, Copenhagen, Frankfurt, Lisbon, London, Madrid, Milan, Paris, Rome, Rotterdam, Vienna and Zurich. There is one more airline in Ukraine called Air Ukraine which serves relatively less number of European cities. Lviv is also connected to New York, Warsaw and Washington. It is connected to Turkey through Simferopol and to UK through IvanoFrankivsk. The major airport is Boryspil State International Airport (KBP) which is located twenty five miles from Kiev.

By Sea – The primary ports of Ukraine are Izmail and Odessa which are situated on the River Danube. The ferry services connect Ukraine with Russia and Georgia. They also connect various cities on the Black Sea and the Mediterranean Sea. Sevastopol is the port which connects Istanbul, Turkey.

By Rail – Ukraine has approximately 14,000 miles of railway tracks linking most towns and cities. Kyiv and Lviv are the main stations which connect with Moscow on a daily basis. Ukraine also has direct lines to Berlin (Germany), Budapest (Hungary), Warsaw (Poland) and Bucharest (Romania).

By Road – Ukraine has an extensive network of roads with approximately 107,000 mile of road network out of which nearly 18,000 mile is main or national roads.