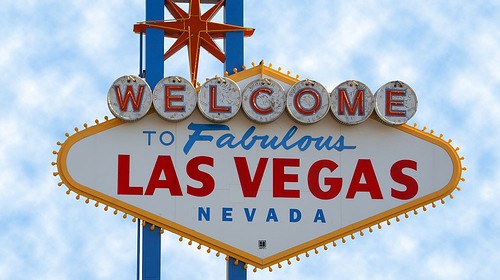 From the famous “Welcome to Fabulous Las Vegas” sign to some of the newest hotels in Las Vegas including Bellagio, Paris, Mandalay Bay, Wynn, and The Venetian, Las Vegas is truly “larger than life”.

Las Vegas has always been known to be an adults only playground. In fact the city boasts numerous attractions for kids of all ages with activities for adults and teenagers alike.

Las Vegas Attractions For Everyone 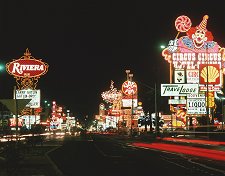 The first thing that visitors to this desert destination will notice is the world famous Las Vegas Strip, one of the most exciting streets in the world.

Many families plan family vacations to casino destinations for a variety of reasons. For starters, the family can all go to a place where each individual is offered something which widely appeals to them in the form of rest, recreation and relaxation. Secondly, families love the multitude of dining options given at all casino destination resorts. Third, the hotels are some of the grandest hotels with the most luxurious rooms the guests ever see and finally, the casino gambler in the family will likely have a large portion of the family’s entertainment comped so that the money can be spent on other important things.

Although Las Vegas may be best known for it’s gambling, there are many other attractions that draw people to this desert playground. In fact, with the wide variety of Las Vegas attractions, there is something for every taste.

A vacation to Las Vegas can be a fast and excitingly paced trip into American eccentricity, with such acts as Siegfried and Roy and many of the various shows that contribute to the atmosphere which becomes that essence of entertainment that becomes the Las Vegas experience. All of the hotels and resorts in Las Vegas have onsite entertainment. If you want to stay at your hotel and never leave, you can still take advantage of a lot of Las Vegas attractions. 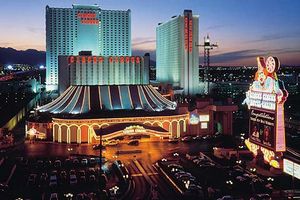 Circus Circus is one of the most fun places for Las Vegas attractions and the most kid friendly hotel in Las Vegas. Rather than build to suit the gamblers they were hoping to attract, this particular hotel was wise enough to offer something new and untried by appealing to families with children rather than solely to gamblers. The Adventuredome at Circus Circus offers a variety of thrill rides indoors. They also offer a miniature golf course, laser tag and an arcade. One of the newer Las Vegas attractions at the Adventuredome at Circus Circus is called Chaos. Chaos is a cross between a Tilt-A-Whirl and a Scrambler. Chaos twists riders counterclockwise, backward and even upside down!

Don’t forget that there is a casino involved and that is the primary purpose of this gigantic hotel, resort, and theme park. In grand Vegas style there is also the requisite onsite shopping and of course full service of wedding options in addition to a wedding chapel and banquet facilities in which to hold the reception of your dreams. The shopping at Circus Circus offers everything from ultra exclusive boutique shops and salons to stores such as Under $10 and the trading Post, which offers fad jewelry and other kid friendly gifts. 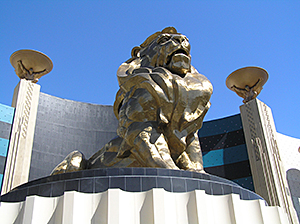 The MGM Grand Hotel & Casino now boasts the lion habitat as one of the premier Las Vegas attractions. There are 31 lions in the display, but they are not all on display at once. Lions only stay on display for six hour shifts, and then they are rotated out to the ranch that has an exotic animal trainer on site. A huge gold lion stands outside the entrance to its four 30-story towers with 5,005 guest rooms. Feed your appetite with nine restaurants and two food courts.

Circus Circus and MGM are just some of the fascinating places families traveling with children may want to visit but there are many street side shows on the strip that kids of all ages enjoy. The fountains at the Bellagio are an instant hit with kids and the battle seen at Treasure Island is a favorite as well. Vacationing families are in awe of the fun activities that wait in Las Vegas right on the strip. 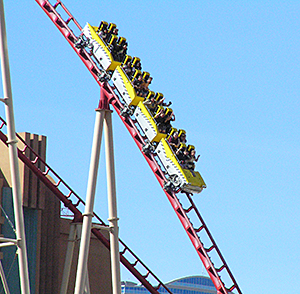 Inside the casino at New York New York, you can climb aboard a roller coaster for an adrenaline pumping experience. The rollercoaster is a drawing point for teenagers and teenage girls love the shops not only at the New York, New York casino shops but at the various other nearby casino shops.

Since 1999, Mandalay Bay Resort and Casino has become popular due to being one of the hippest night spots. Numerous concerts are held here. When the sun is out, one can savor the enigma of its rich heritage for it has a unique coin museum. A walk-through aquarium is also another delightful spot. The American Zoo and Aquarium Association recently accredited the Mandalay Bay Shark Reef. This is really one of the educational and nice Las Vegas attractions. The Amazon predators and the piranha exhibits are some really exciting Las Vegas attractions at the Mandalay Bay Shark Reef. The shark reef itself is actually disguised as a sunken treasure ship. This is a real jewel of a destination.

The water show in front of the Bellagio; St. Mark’s Place and the canals within the Venetian; the Eiffel Tower replica at Paris Las Vegas; the lion habitat at MGM Grand; nightly volcano eruptions at the Mirage; the Luxor pyramid; the Roman streetscape at the Forum Shops in Caesars Palace; the Mardi Gras-style Show in the Sky at Rio’s Masquerade Village; the view from the observation deck at the Stratosphere Tower; the Fremont Street Experience. This is Las Vegas!

Your Dining Experience
Dining in Las Vegas can be an experience on its own merits. Las Vegas boasts some of the finest restaurants in the country and you’ll easily find whatever dining experience you’re looking for. However, along with the rise in popularity of Las Vegas as a vacation destination comes a rise in prices for food. Las Vegas was once well known for its abundance of low priced buffets. Today those low prices are essentially non-existent and a buffet that a few years ago would cost you a few dollars are now $20 plus. Also, you’ll want to be prepared to pay several dollars for a bottle of water and equally exorbitant prices for alcoholic beverages. 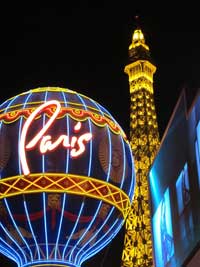 Circus Circus does not disappoint when it comes to offering a variety of dining opportunities to its guests. In addition to The Steakhouse, there is The Garden Grill, Mexitallia, Pink Pony, Circus Buffet, Pizzeria, Westside Deli, and Barista Café. The food offerings accommodate varying budgets and familial needs by offering some kid friendly dining choices to visitors and guests as well. The good news however is that if these restaurants aren’t appealing to you there is another hotel, casino, or restaurant next door that has different fare to offer.

Often, visitors to Las Vegas venture no more than a few hundred yards away from the Strip, the 3.5-mile-long stretch of Las Vegas Boulevard that’s lined on both sides with casino hotels. Because so much is concentrated on one street, it is easier to understand the layout of the city if you break the Strip into sections. The South Strip begins near McCarran International Airport, extends north to Harmon Avenue and includes the major intersection where the Strip meets Tropicana Avenue. The Central Strip runs from Harmon north to Spring Mountain Road and includes the busy Flamingo Road intersection. The North Strip goes from Spring Mountain to just north of Sahara Avenue. 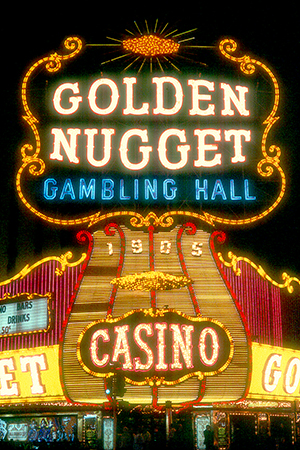 Historically, Fremont Street is where it all began, from a small railroad stop at the turn of the century to one of the brightest streets in the world. For decades, Fremont Street was one of the best places to cruise in a convertible car but now the street has been closed off to traffic and it is a pedestrian paradise lined with kiosks, souvenir shops and, of course, many, many casinos.

Downtown is located a few miles north of the northern end of the Strip. There the casinos are smaller, older and less lavish, but the area has its own theme attraction, the outdoor light show known as the Fremont Street Experience. Downtown’s Fremont Street is the original heart, spade, and club of Vegas. Pay homage to the neon cowboy sign, step into Binion’s Horseshoe (which played host to the original World Series of Poker), and drop a quarter into one of the legendary slots at the Golden Nugget.

If you want to see what there is to do away from the casinos and bright lights, take a panoramic peek at nearby recreational areas such as the spectacular Red Rock Canyon National Conservation Area, Mt. Charleston and the quaint little town of Boulder City, the only town in the state of Nevada where gambling remains illegal.

City residents and visitors alike say there is no place like Las Vegas, Nevada anywhere else in the world!