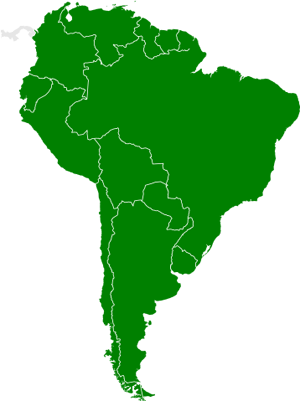 Because of its tropical climate, one should pack a cap or hat when traveling to South America. A sturdy pair of shoes is also needed as there will be a lot of nature-tripping and hiking that will be involved.

Among the nations that will be part of the itinerary of South American travelers are: Argentina, Bolivia, Brazil, Chile, Colombia, Ecuador, Paraguay, Peru, Uruguay, Venezuela, Guyana of the United Kingdom, Suriname of the Netherlands and French Guiana.

Famous for its natural land and water resources, travelers in South America will surely fall in love with its mountain ranges, falls and lakes.

One of the most famous falls in the region is the Angel Falls, reputed to be the highest in the world. Located in the southeaster part of Venezuela, the falls drops at 3212 feet from the mesa of Auyántepuí, which is found in the Guiana Highlands. Named after its discoverer James C. Angel, the waterfall holds a magic that few travelers in South America can resist.

Another famous travel site in South America is the Iguacu Falls, sometimes called the Iguazu Falls, which is located in between Argentina and Brazil. Rising at 200 feet, it is separated by a rocky cliff and island. One of its fascinating features is the way the water merges into one fall during the wet season and separates into two during the dry season.

Lake Titaca in Peru and Bolivia is another travel site in South America that should be in the must-see list of any tourist. Considered to be the largest lake in South America with its width of 56 kilometers and depth of 174 feet. It is also the world’s highest navigable lake, becoming a major transportation route between Peru and Bolivia. Other lakes that travelers in South America should note down are the Lake Poopo in Bolivia; Argentino and Nahuel Huapi in Argentina and the Valencia in Venezuela.

Another body of water that is famous in South America is the Orinoco River Delta, which can be found in Venezuela near the Atlantic Ocean. It is longest river in the region stretching to about 2560 kilometers.

Sturdy shoes are needed if travelers intend to visit the Andes mountain ranges in South America. Spreading at about 7200 kilometers, it is one of the longest mountain ranges in the world. South American travelers should also not miss the Aconcagua peak, which lies in Argentina. The Aconcagua peak is the highest mountain in the western hemisphere, rising at a sheer height of 22,834 feet.

In addition to land and water resources, South America also offers travelers a peak into some of the most unique creatures in the world. Llamas, for instance, can be found in packs at plateaus called antiplano that stretches from Bolivia to Peru. This animal provides meat, milk and wool.

The tapir, which can be found in the forests and grassy places in South and Central America as well as in Asia, are nocturnal animals with short legs and flexible snout, which they use to roll up leaves and other vegetation. However, the species found in the Andes and Panama has been said to be nearly extinct.